Where is Maryborough QLD?

Aubinville, northwest of the city centre, where the airport is located. There are heritage-listed World War II air force facilities on the west of the airfield.

Baddow, on the north side of the Mary River five km west of the city centre was the place of the first European settlement. It was found to be unsuitable for river traffic, causing the township to be moved downstream. Edgar Aldridge (1818-88), an original settler, built Baddow House at 366 Queen Street in 1883 and named the home after his birthplace, Little Baddow, in Essex, England.

There are two riverside parks, one the first-settlement site, and the Riverside Christian College (1983), a P-12 school with campus and distance education students.

Fairfield, three km northwest of the city centre, is the site of Maryborough’s second high school, Aldridge (1973). Beyond the high school, there is a rifle range.

Maryborough West adjoins the north side of Baddow. It has the Maryborough cemetery, the showground and the Wide Bay and Maryborough TAFE.

Maryborough is anticipated to have been around for about 174 years with a population of approximately 27,299. As a bit of a blended town, with a higher population than some other towns yet not quite as high as the bigger city areas of Queensland; anyone looking for a suburban setting makes Maryborough the perfect place to live. How big is Maryborough? Approx.170.7 km² with a population density of 1.71 persons per hectare.

Considered a truly charming city, with a diverse selection of real estate styles—  from the iconic colonial Queenslander to ultra-modern house designs.

If you are thinking of moving to or investing in Maryborough—  be sure to contact our Maryborough Real Estate Specialist Sean Coulton as he’d be happy to show you a few properties currently available for sale.  You may also like to to take a look at our guides on Howard, Torbanlea, and Takura. 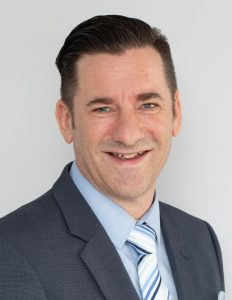 For information regarding buying or selling in Maryborough, contact our Maryborough real estate specialist— Broker Sean Coulton on 0447 389 260.

You’ll find current listings as well as plenty of properties that we have sold throughout the entire Maryborough region including Aldershot featured below: We are proud to present this residential property with three bedrooms for sale! Featuring an open-plan L-shaped lounge and dining room(s), a single good-sized bathroom, a double garage, and plenty… Looking for a low-maintenance, low-set spacious three-bedroom colonial style home on a large 1/4 acre corner block? 7 Ruby Street Maryborough is the one you’ve been waiting for! Indoor &… Don’t miss out on this gorgeous high-set post-war timber home filled with classic styling and loads of charm in a central Maryborough location— close to shops, schools, and transport. If… Love the country cottage charm of a nostalgic bygone era? This immaculate classic low-set cottage has got the lot! Utterly cute and cozy, both inside and out— this quaint little…

Classic Queenslander With All The Charm

This enchanting low-set air-conditioned classic Queenslander cottage set on a 994m2 block in ‘Doon Villa’, one of Maryborough’s most desirable suburbs comes complete with a white picket fence, lush green… Thinking about leaving the city in search of a peaceful, country lifestyle? Attention First home buyers and investors. Don’t miss out on this low-set Queenslander cottage situated on a fully…