Exorbitant Queensland property market growth with record median house prices as the state’s population continues to rapidly rise, especially throughout South East QLD. Although Hervey Bay may not be as large in population numbers as the Sunshine Coast, Gold Coast and Brisbane regions— the coastal city will continue increasing in size, with predictions indicating that the population will exceed 102,000 by 2026.

Did you know that the region is one of the country’s fastest-growing cities in Australia? It looks as though Hervey Bay is all set to take on the Brisbane, Gold Coast and Sunshine Coast property market by storm as the city continues to grow.

Is Hervey Bay a Small City or a Country Town?

Nowadays people consider Hervey Bay a small city and Maryborough as a rural large town, but both are principal cities, with smaller towns and villages close by. The Fraser Coast Regional Council covers approximately 7,100 square kilometres of territory, including national parks and state forests.

As an inflow of NSW and Victoria people will bring the QLD state population to 6 million by 2027, southeast Queensland may spread into neighbouring regions. The Queensland Treasury’s population forecast will push people out of the housing market, the Real Estate Institute of Queensland believes, and demand will only rise.

The housing situation in the state certainly needs addressing. Interstate migration will compound the situation, according to federal budget data, with 41,000 individuals likely to migrate to Queensland this financial year, up from about 22,000 predicted a year earlier.

Approximately 30,000 people are likely to relocate to Queensland from other states next year, while NSW and Victoria may lose thousands of inhabitants. Around 40,000 people would leave NSW, while over 17,000 individuals would depart Victoria.

Elin Charles-Edwards, a human geography lecturer at the University of Queensland, stated that while Australia’s migration system had previously been consistent, Victoria’s reversal represented a significant development.

“There’s a type of reciprocal migratory mechanism where if one location loses, it typically benefits Queensland,” she explained. “People are staying put in Queensland, so we’re not losing as many people as we have in the past. The last time we saw such substantial migration was back in the 2000s, during a period of extremely fast population expansion, mostly in the state’s southeast portion.”

She went on to say, “When one location loses, it typically benefits Queensland overall. There will be apparent demographic pressures; nevertheless, the element that has been lacking has been international migration flows, which are becoming increasingly significant for Queensland and have not returned to pre-pandemic levels.”

International students were returning to Queensland in droves, but seasonal worker arrivals remained low, resulting in labour shortages. However, Ms. Charles-Edwards predicted that the complete restoration of those streams will result in a major population increase in the state. There will be many unknowns in the future housing market, especially with Qld house prices reaching record highs of late.

As people move away from the property market in places like the Sunshine Coast and Gold Coast, we may see a bit more pushing up in places like Wide Bay and Burnett. Likewise, Cairns may also see shifts as a result of the international borders reopening. Nonetheless, capital cities in Northern Territory, Western Australia and South Australia have also experienced significant price growth over the last 12 months.

While the surge was great for Queensland, REIQ chief executive Antonia Mercorella said the inflow was creating a huge demand in the housing market. She stated that the government’s main issue would be to ensure that housing and infrastructure kept up with the population. “We’ve had a really tight rental market for the last two years, and we’ve been watching Qld median house prices rise, and that’s just going to become worse as we see more and more people from out of state relocating here,” she added.

“Demand has continued to rise, and there are no indicators that it will slow down any time soon.” Ms Mercorella predicted that the rental market will tighten even further, with consumers willing to pay more for a property. “There’s even a case to be made that they’ll rise even higher, so because of the flooding up here, renters and owner-occupiers alike will be evacuated, putting even more burden on the housing market.”

According to Ms. Mercorella, there will be a fresh wave of international migration as ex-pats return home to Queensland, as well as new overseas migrants choosing to relocate to the Sunshine State. “There has been a significant movement to regional communities.” According to the latest ABS numbers, Queensland’s population increased, while Sydney and Melbourne populations fell. Greater Brisbane is booming: the Queensland capital is growing faster than Melbourne and Sydney combined— and Hervey Bay is certainly growing in leaps and bounds.

Have a Hervey Bay or Maryborough Property you’d like to sell? We can help with our Pay on Success Guarantee. Get In Touch With Our No Risk No Sale No Fee Estate Agents

If you are looking to buy, check out our current homes for sale and land sales

You may also find these informative blog posts about buying and selling in Hervey Bay helpful. 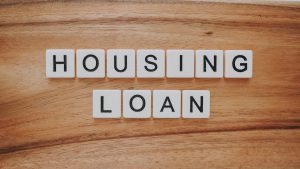 What The Recent Increase in Interest Rates Means for Home-owners

4 Common Must Avoid Blunders When Choosing Your Property Manager